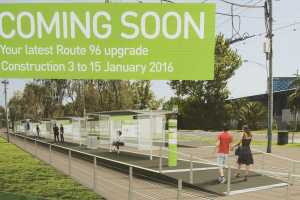 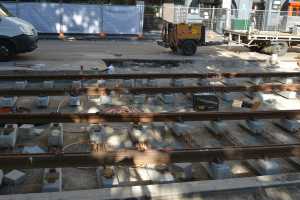 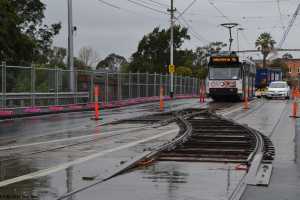 During late June/early July 2012, the junction at Riversdale Road, Wallen Road and Power Street was reconstructed with... 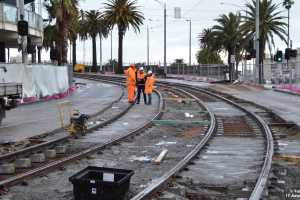 Starting on the Queen's Birthday weekend (Friday 8 June 2011), the track in Fitzroy Street and the Esplanade was... 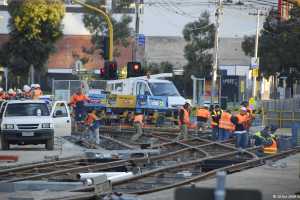 Images of various infrastructure works not in sufficent amount ro warrant their own sub-album. 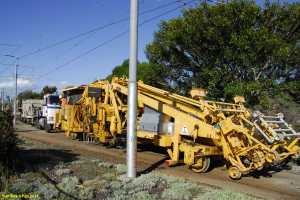 29 January - 6 February 2011 The Port Melbourne line is being upgraded - the wooden sleepered track that has been in... 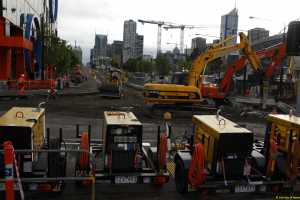 Reconstruction of the tram tracks at the western end of La Trobe Street and Harbour Esplanade. November 2010 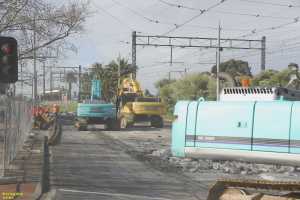 In August 2010, track was relayed in the precinct adjacent to Caulfield Railway Station. 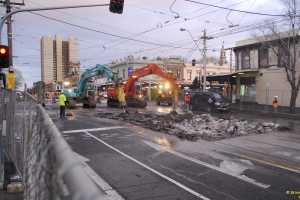 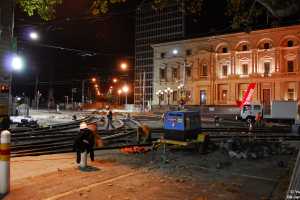 Over the Queen's Birthday weekend (6-8 June 2009), the intersection of Spring and Collins Street was rebuilt,...